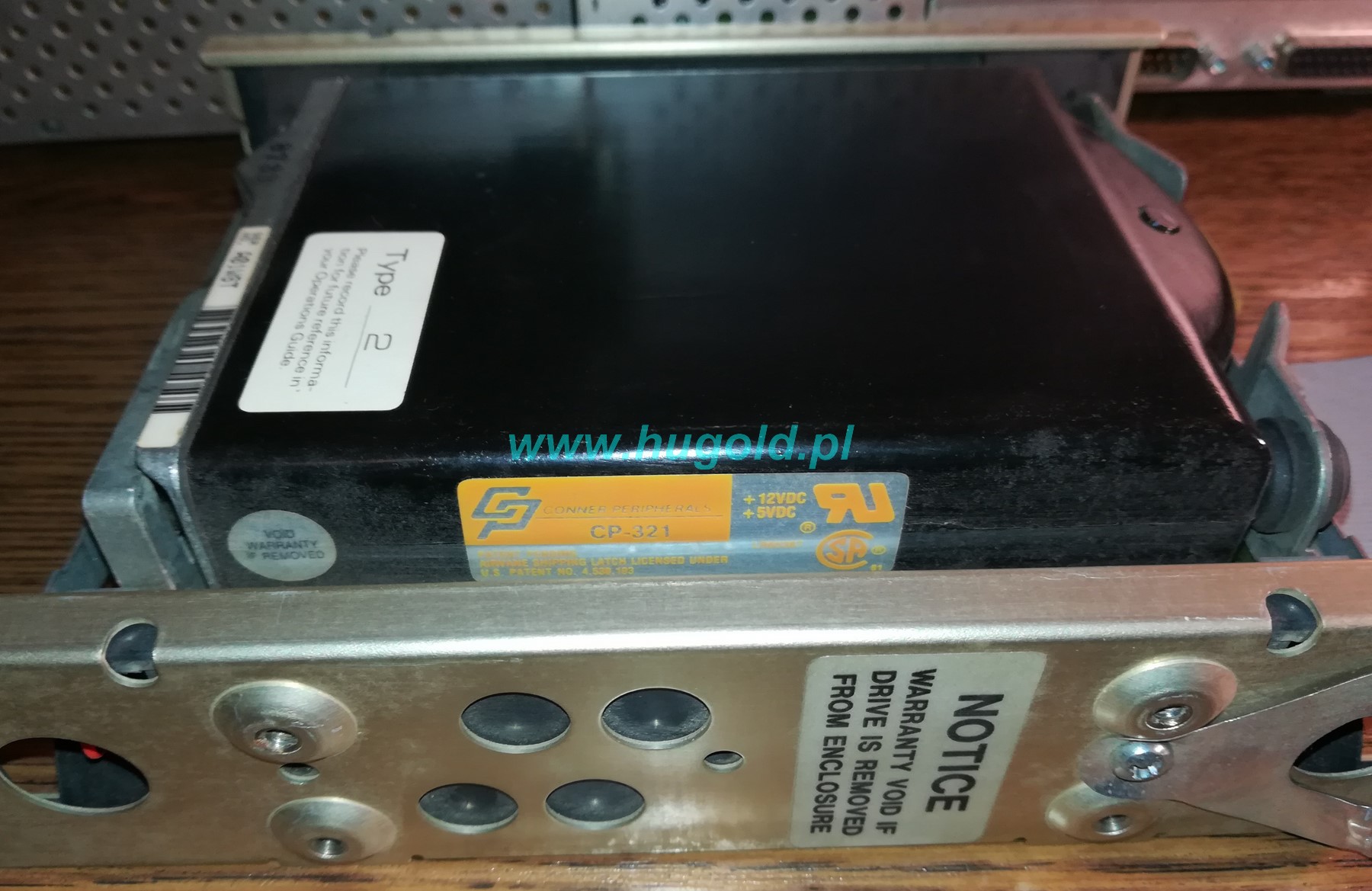 The disk is in my COMPAQ Portable III and works properly. Disk with factory settings as a single MASTER disk. Read / write tests ok :)

The original drive from COMPAQ PORTABLE III [ here ]. The disc is in the pocket together with the 5.25 "FDD drive." I did not unscrew it, it remains originally attached to the rails with rubber shock absorbers. The red paint on the screws confirms the factory mounting.
The disc was decimated in 33rd week of 1987 (between 10 and 14 August). Electronic parts are older, for example, you can read the production dates of 8635, 8715. On computer housings are also dates of production from the beginning from early 1987.