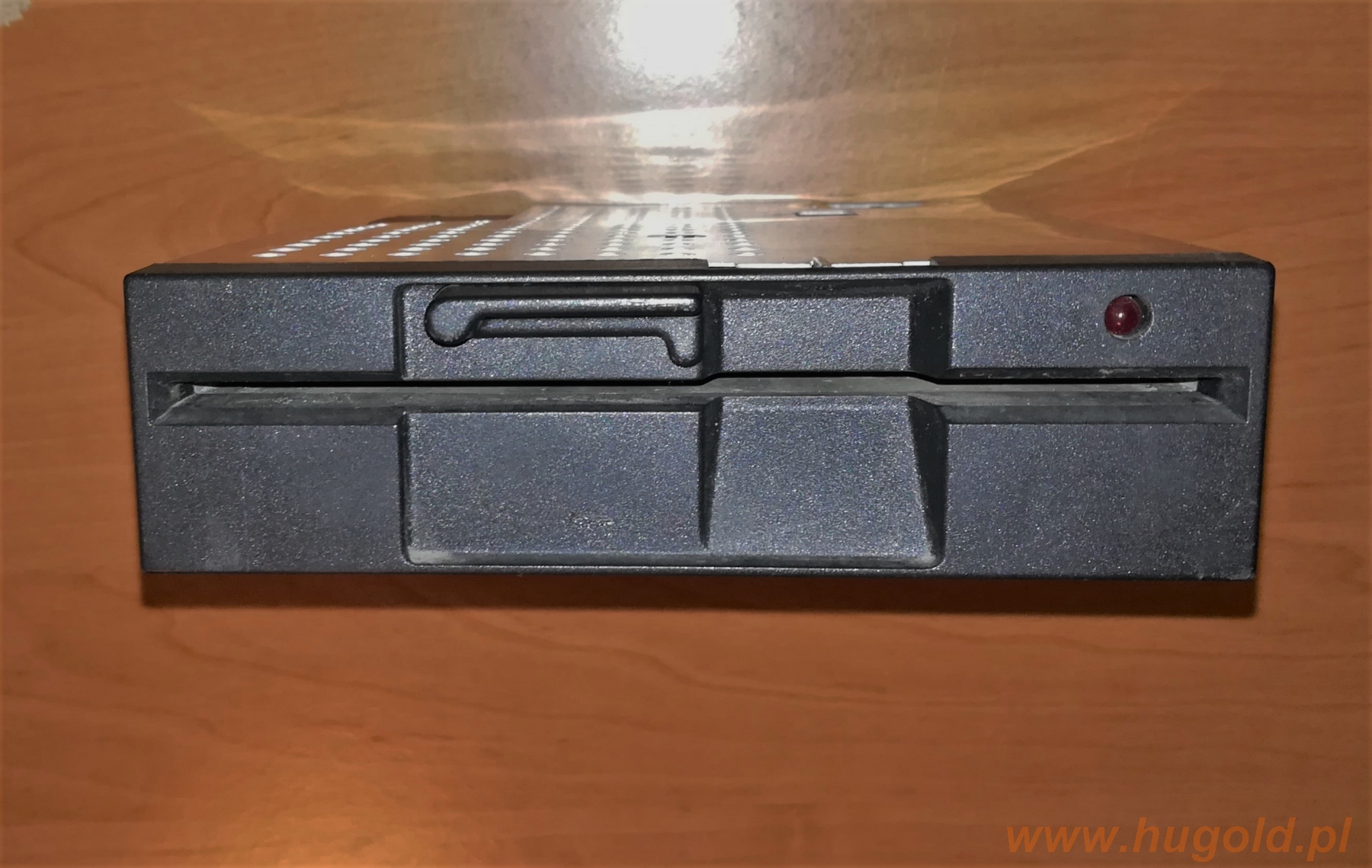 The success of the 5.25" floppy drive has prompted many manufacturers around the world to enter this market. In Europe, since 1977, the Italian company Olivetti produced floppy disks and floppy drives 40-track FD501 (one-sided) and two-sided FD 502. They also produced models marked FD591 and FD592, models 80-track.

In the computer's Bios settings you need to set the drive as 360K, 5.25 in. An indication of 1.2MB causes an error during startup. Note: do not disable error analysis in Bios.
Little information about this drive. The information found is mainly on auction sites.