Disks and disks on the shelf, manuals and installation kits for operating systems. 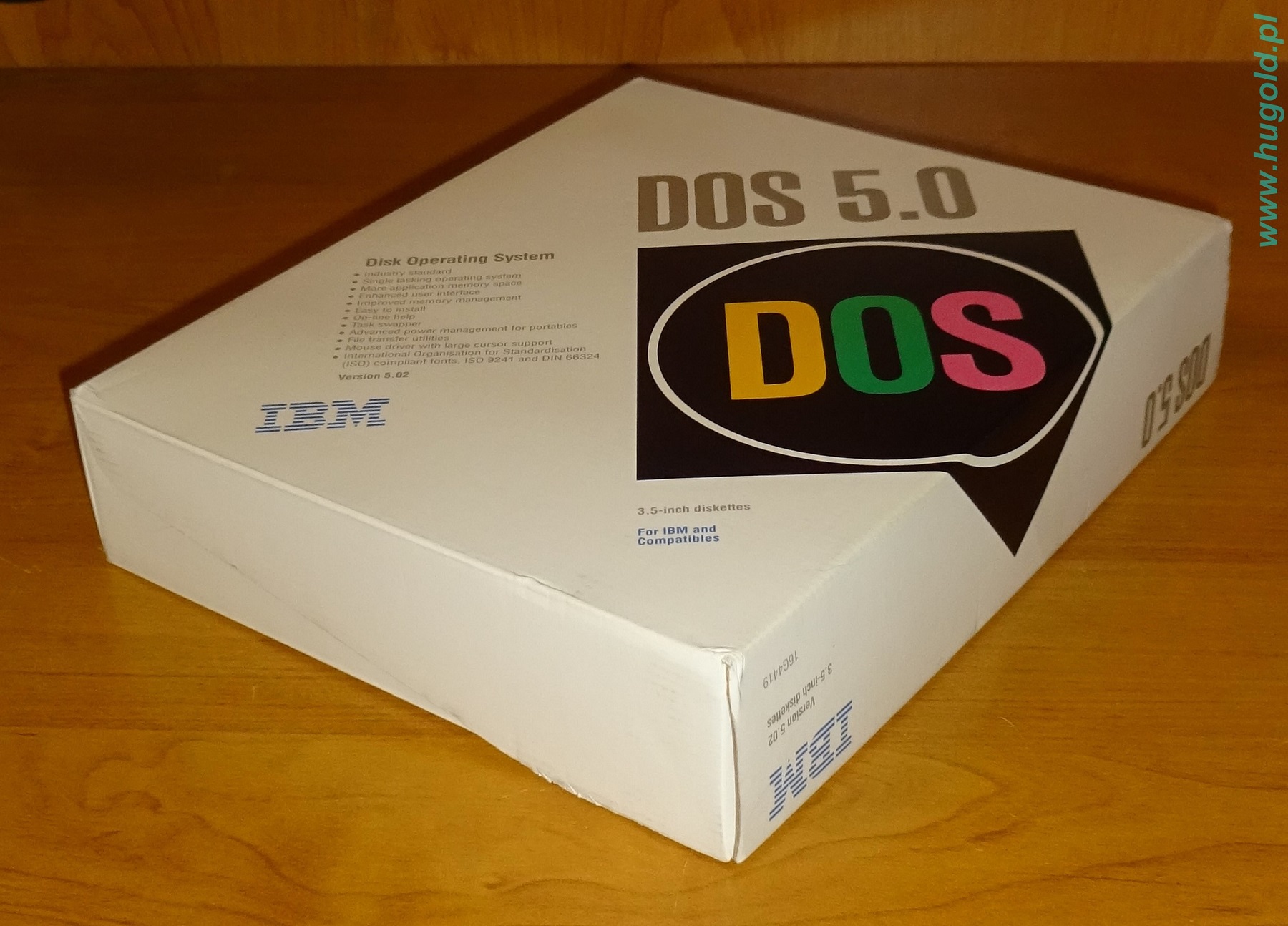 IBM PC-DOS was the MS-DOS version under the IBM brand, licensed by Microsoft for use on IBM PCs. The PC-DOS versions were released in parallel with the MS-DOS versions up to version 6.1. From this version, PC-DOS was independently supported by IBM up to version 7.1 (last). The main differences between IBM and MS were only related to driver support and embedded software up to version 6.1, in which development has spread.
From 1992, IBM-DOS ver.5.02 Boxed version on three 3.5 "diskettes. Inside the box I found three diskettes with a capacity of 720kB, two books:
*IBM Disk Operating System Version 5.0 User's Guide and Reference,
*IBM Disk Operating System Keybords and Code Pages Version 5.02. 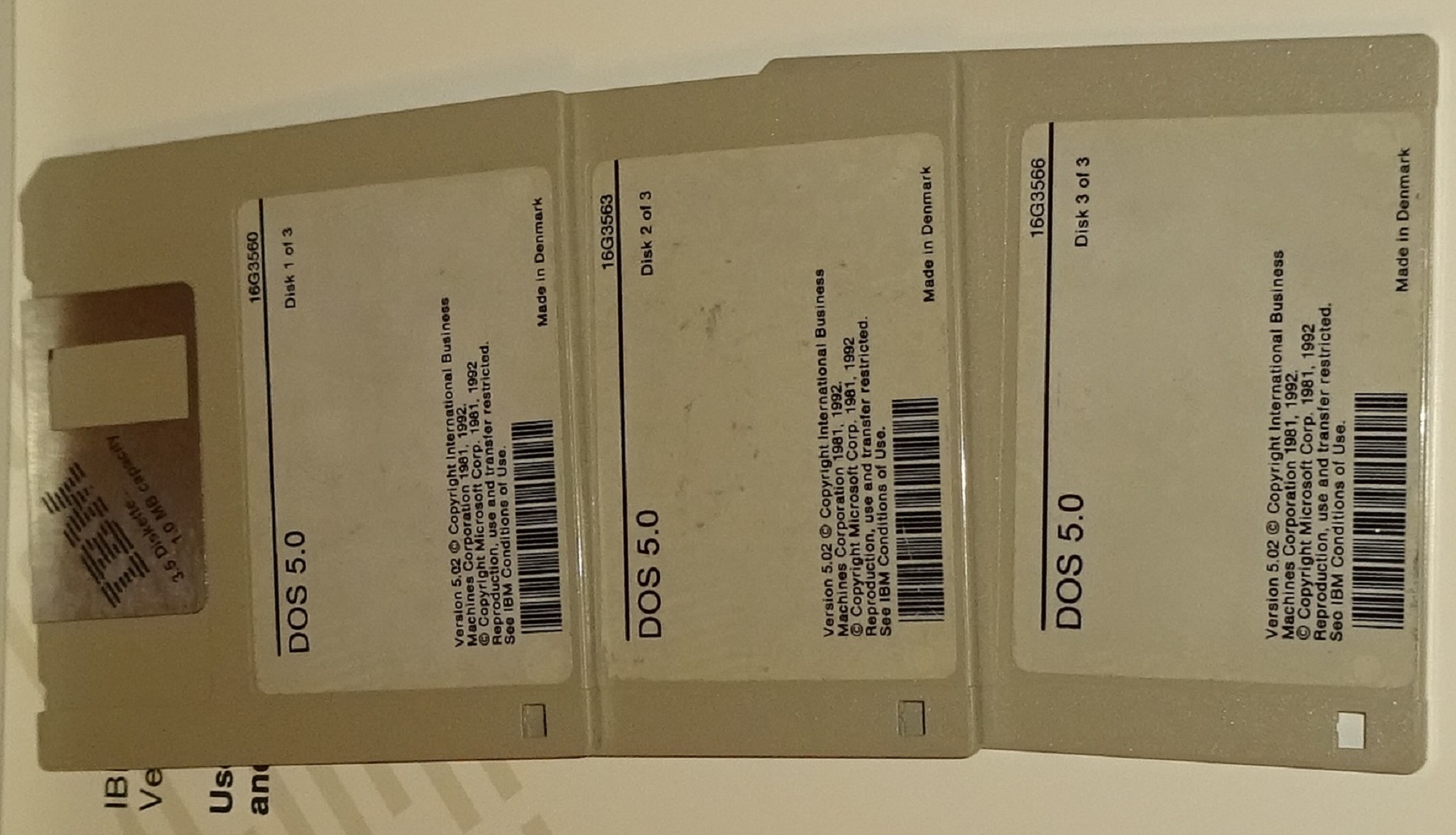 
Floppy disks with the IBM logo are numbered: Disk 1 of 3, Disk 2 of 3 i Disk 3 of 3. At the bottom of the diskette label above the band code description:


The content of floppy disks allows you to transfer (copy) the system to your hard disk and prepare four system floppy disks, which can also help you install the system on your hard disk in non-standard cases.
To avoid surprises associated with installing the system, read the paper documentation and contents of the README.TXT file from Disk 3 of 3.
The first diskette has system files of the IBM PC version allowing to start the computer and the SETUP.EXE program for system installation.
Files on floppy disks are dated: September 1, 1992, at 12:00.

Screens from the system installation on your hard disk can be seen here.
Here you can see the preparation of floppy disksSTARTUP/SUPPORT, SHELL/HELP, BASIC/EDIT/UTILITY i SUPPLEMENTAL.